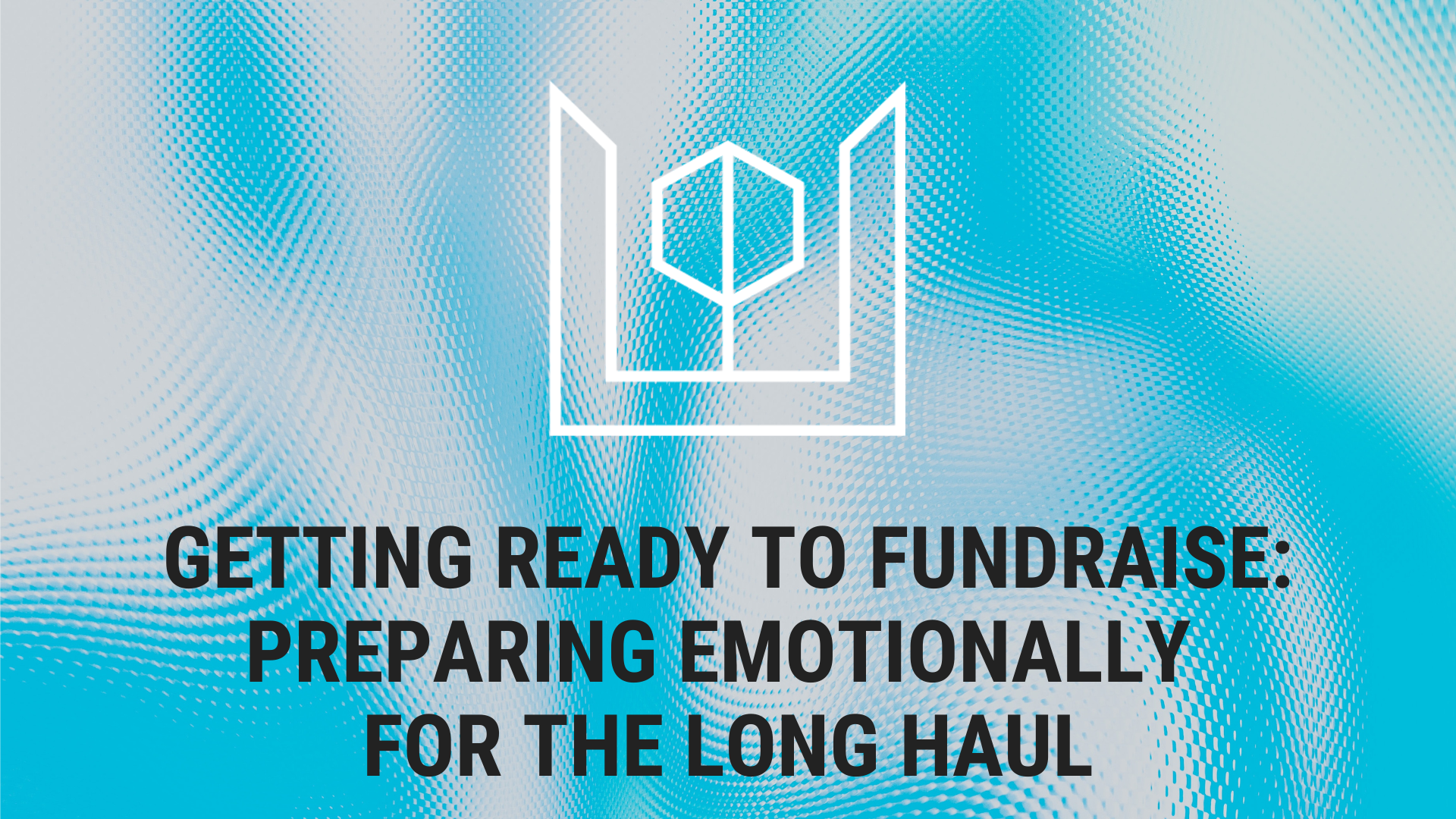 Before we get to some of the more practical tips to help you fundraise for your creative work, we have to take a step back and talk about some of the emotional stresses that fundraising can bring up. We don’t want to freak you out or make you afraid to fundraise, we just know that asking for financial support can bring up a variety of feelings that make it hard to ask for that support. If we don’t tackle the underlying issues that can lead to bigger problems later on, fundraising will be more challenging than it needs to be.

Money Talk is Hard for Artists

It’s hard for many people to talk about money, but it’s uniquely challenging for artists to talk about money. Talking about money, especially when you need money or are facing financial challenges brings up shame. Even though economic instability often comes from larger structures of power, they still feel like our individual fault. That means that it’s challenging to speak openly about finances because to admit that you’re struggling can feel like admitting to a personal failure.

We culturally have a trove of narratives about how glamorous it is to be a struggling artist - big open lofts, ample free time to create, and the freedom of living on the margins. It can be confusing and embarrassing when economic instability looks and feels different from the cultural representations about a bohemian lifestyle.

Plus, so many artists who are able to live and work in expensive cities that are often cultural centers are able to do so because they are independently wealthy. And they are frequently not forthcoming about it. These wealthier artists and creatives might not talk about their financial situation because it’s gauche to talk about money (especially if you have it), and because they might feel guilty compared to other artists who are actually experiencing financial and economic risk by following their creative pursuits. Wealthy people in the art scene make it all the more challenging for people who are actually facing economic precarity if they don’t acknowledge the economic privilege that supports their lives.

Fundraising can bring up a number of other emotional challenges for artists and creatives.

Artists, especially socially-conscious artists, might feel guilty about asking for money. You might ask yourself “why should I be asking for anything right now when there’s so much else going on?” You might feel selfish to even think that you deserve money for your work.

It’s true that there is a great deal of  need in the world and that we live in a society that considers basic human rights like housing and food commodities rather than guarantees. But that doesn’t mean that your art isn’t important. As an artist, we hope you can trust that people can hold in their heads both that there is a lot of urgent need that they can and should be supporting financially, and that creative work is important, too.

It’s nerve-wracking to put yourself out there because you might fail. Fear of failure can often stop artists before you really get started. If you’re fundraising, you are presenting your work as valuable and deserving of other people’s funding and faith. Of course you might feel anxious about how other people judge your work or judge whether or not it’s worthwhile at all.

On top of that, you might worry that you’ll struggle to meet your goal. If you are running a crowdfunding campaign, everyone can see how much you’ve raised and if you aren’t raising very much, it can feel like a very public failure.

Once you’ve gotten yourself to a place where you can acknowledge any feelings of guilt, shame, or fear of failure associated with fundraising and then move past them, you still have another big question in front of you: where should you be getting funding from?

As an artist, you have to figure out how much it matters to you who those sources are. Who will you seek funding from and who isn’t a good fit? If the philanthropic arm of a corporation whose work you disagree with would be willing to fund your work, would you apply for a grant from them or accept money if it was offered? Would you take money from a company that you think harms your community?

You don’t want to take money from somewhere that makes you so uncomfortable that you wouldn’t even want to use it, but also, you need money in order to make your work.

You might decide that you actually want funding from corporations whose revenue streams you find problematic or from foundations whose founders you disagree with. You might want to accept money from all available sources – even the ethically questionable ones – to bend systems of power and inequity to support your own creative and possibly liberatory work.

You might decide to apply for grants or accept funding from institutions that meet particular criteria that you establish as being most important to you. Or, you might choose to only accept financial support from grassroots organizations, crowdfunding from your community, or from groups who are aligned with your politics and your values.

Regardless of what boundaries you set around where you will seek partnerships, addressing these issues ahead of time will let you fundraise with more self-assurance.

Fundraising is a State of Mind

For artists who have never fundraised before, it can feel daunting. After all, institutions like museums and nonprofits have departments full of people whose whole job is just fundraising. As an artist, you might worry that you have to become a one-person writing, editing, social media, advertising, PR, videography, and photography team. While there are indeed a number of skills needed to run successful fundraising campaigns, we want to let you know that it’s not as scary or mysterious as you think.

While there might be unfamiliar tools and apps to use and strategies to deploy in a fundraising context, you already have the basics of what you need to fundraise. You just might not know it yet.

Here's what you already have:

The Pitch: Your pitch is the succinct way that you talk about your work and your vision. Any time you’ve been at a party or with a new group of people and someone asks what you do, the way you respond is your pitch. Whenever you explain your work to a new person in a friendly, accessible, concise way, you have the beginnings of what will be a fundraising pitch. Instead of considering a pitch as a totally alien form of communication, think about how you explain what you do and why to a curious stranger.

The Donor Network: You might think that in order to be a successful fundraiser, you need to know a lot of fancy old rich people whose families have been patrons of the arts for generations. It probably doesn't hurt if you do know these people, but in reality, your donor network already exists. The donor network you actually already have is made up of the network of people who care about you and who believe in your work. Think of your friends, family, and fellow artists in your community. Especially if you are running a crowdfunding campaign, donations from people who you already know (and their contacts if they share your campaign) are a powerful place to start.

The Support Team: It takes a village to fundraise. We aren’t going to dispute that! If you don’t have access to a full creative production studio, a development team, a social media manager, or other official support staff, you might not think you have the people power to successfully fundraise. But in reality, the same community of people who make up your donor network can also be your support team. Ask your community for advice, hire them for their help, organize work trades so that you can offer them something in exchange for their knowledge and labor. Collectively, we are able to accomplish much more together than we could on our own.

The Budget: Even though we've already explored ways that artists have challenges talking about money, you might be better with your finances than you think. If you are one of the many artists who is balancing multiple jobs, working on a shoestring budget and timing bill payments and purchases based on when different paychecks will come in all while figuring out how to create your work, you are savvy with money! You know what you need, what’s coming in, and how you can adjust your plans if finances change. Just because you might not be rich or doing your finances in a formal way that a professional accountant would doesn’t mean that you don’t know how much money you need and how you should allocate it.

The Vision: This is the part of fundraising that you might not even think about, but it’s crucial! You need to have a vision, a plan, something that you want to do. As an artist, you already have this. You might not necessarily know exactly what your next big project to be, but you likely have a general sense of what you are interested in exploring, who you might want to work with, which media you want to use, and who you want your work to be for.

What's Next in Your Fundraising Journey? 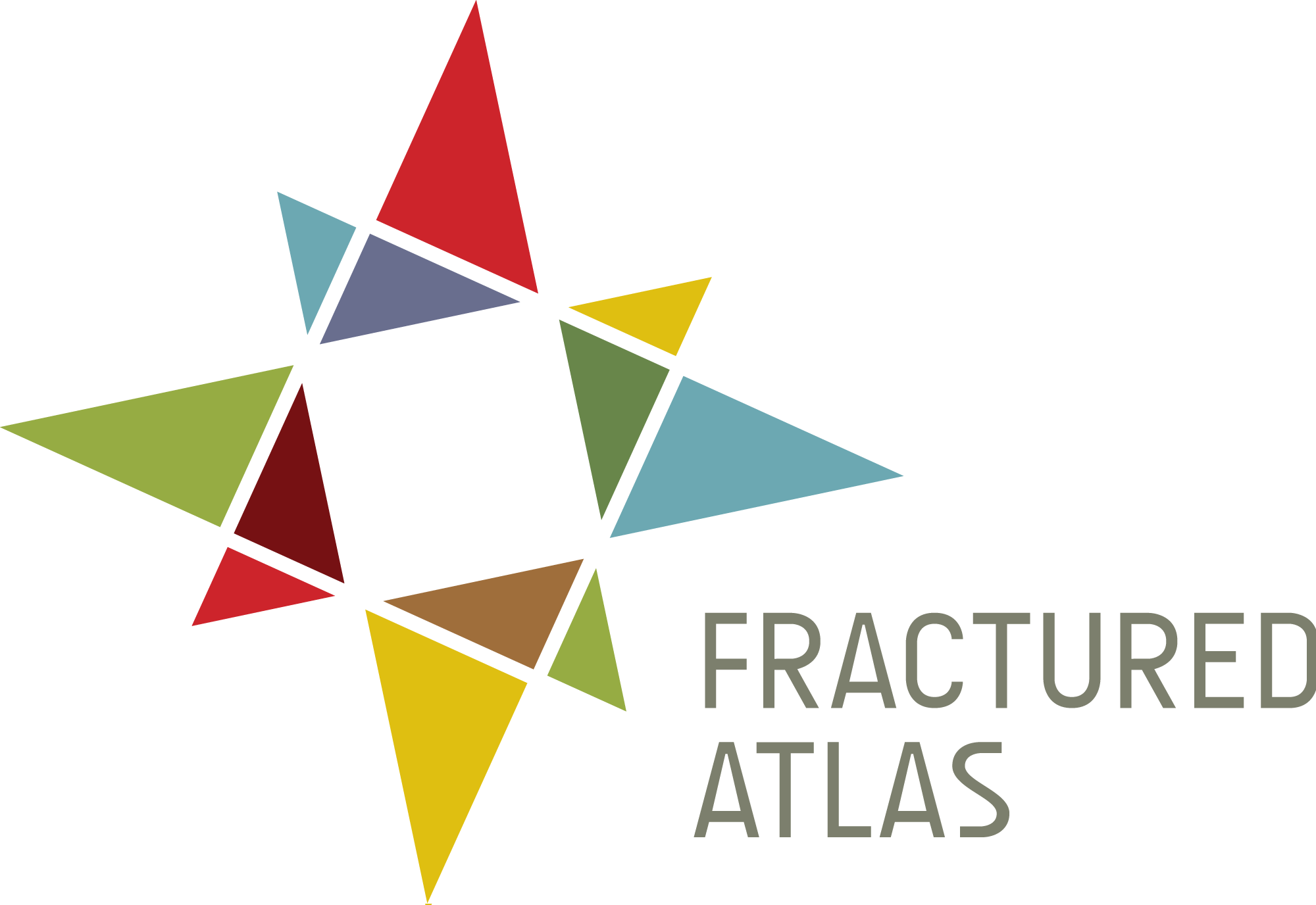